We are committed to the eight guiding principles of honorable merchants: 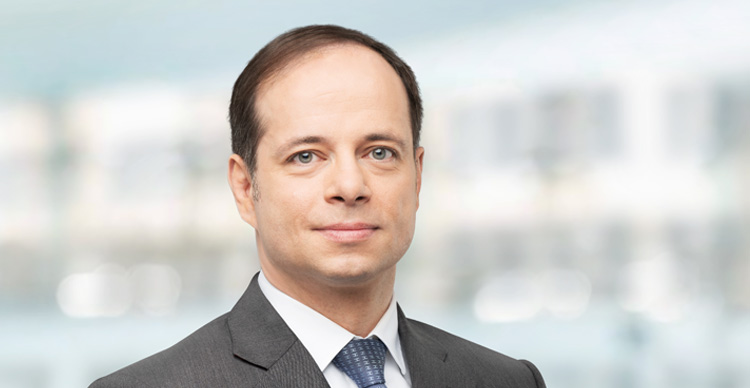 All employees1 of the Eckelmann Group as well as all of its affiliates, referred to in the following as Eckelmann Group, including all members of the Eckelmann Group’s executive board, are bound by the regulations of this Code of Conduct. It outlines the values, principles and modes of action that determine the business practices of the Eckelmann Group. The objective of company management is compliance with ethical standards and the creation of a work environment that promotes integrity, respect and fair conduct. A strict business policy that respects the law and remains true to the principles will serve the long-term interests of the company.

[1] These and other collective terms include both the male and female forms of address.

Conduct in the business environment

Compliance with laws and rights

The Eckelmann Group is obligated to observe applicable laws and relevant provisions in all of its business decisions and actions in this country as well as abroad. Each employee1  is personally responsible for obeying the rules and law in his/her area of responsibility. The Eckelmann Group always acts conscientiously in regard to the economy, society and the environment. For this reason, the Eckelmann Group endeavours to ensure fair competition in all of the markets in which it is active by complying with the applicable laws governing monopoly prohibition, competition and competition restrictions. Unfair advantages for customers, suppliers or competitors are to be avoided. Integrity and honesty promote fair competition, in relation to our customers and suppliers as well.

The Eckelmann Group expects company loyalty from its employees.

All employees must avoid situations in which their personal or financial interests are in conflict with those of the Eckelmann Group. They are therefore especially prohibited from acquiring participating interests in competitors, suppliers or customers, or entering into business relationships with them in a private environment, if this might lead to a conflicts of interest. Conflict situations must not compromise the interests of the Eckelmann Group.

Such conflicts of interest could arise in many situations: No employee is allowed to accept any benefits2  – whatsoever the form – that could reasonably be expected to influence the Eckelmann Group’s business decisions or transactions. Invitations must remain within the limits of typical business hospitality. Employees may not use their position in the Eckelmann Group to gain direct or indirect advantages for themselves, either personally or by access to confidential information. All employees are obligated to promote the legitimate interests of the Eckelmann Group to the extent possible. Any competitive situation with the company is to be avoided.

Any actual or possible conflict of interest is to be reported and discussed with the relevant supervisor.

[2] Example: gifts and invitations. The acceptance of money is always prohibited.

The Eckelmann Group is opposed to corruption and bribery. Negotiations in which transactions are made using illicit means will not be tolerated. Employees of Eckelmann Group may not offer business partners any favours, or receive or accept the same from them, which could lead to a compromise of an objective and fair business decision or even give the appearance of such compromise.

In case of doubt, the anti-corruption officer of the company is to be consulted.

Conduct in foreign trade and transactions

The Eckelmann Group complies with all of the export control and customs regulations that are applicable in the countries where it does business. For this purpose, the company has set up a comprehensive, electronically supported export control system and strictly requires that it be used. In order to implement this undertaking, all employees involved in the import and export of goods, services or technologies (including technical data) are obligated to comply with the applicable laws and regulations governing economic sanctions, export controls and imports as well as all regulations and processes related to their business activity.

Every employee is required to inform those responsible for exports in the company in the case of suspicion regarding a possible business relationship or delivery that contradicts this intention.

Conduct within the society

Sustainable protection of the environment

The Eckelmann Group is aware of the scarcity of resources and the responsibility to future generations. All employees and suppliers are urged to handle natural resources in a responsible manner, during the development of new products and services as well as in the operation of production facilities.

All employees of the Eckelmann Group are responsible for the proper, considerate and careful handling of company property as well as that provided by third parties. Each employee is obligated to protect these against loss, damage, abuse, theft, embezzlement and destruction. Each employee shall be obligated to immediately inform his/her superior about the aforementioned abuse of assets.

The Eckelmann Group is an active member of society and is involved in various ways. We make donations of money and goods in the following areas: charity, science and research, education, sports and culture. Donations and sponsoring activities are only authorised within the framework of a transparent approval process. No financial donations are provided to political parties in this country or abroad, to party-related or similar organisations, to individual elected officials or to candidates for political office.

Conduct regarding employees and colleagues

As socially responsible employer, the Eckelmann Group sees its employees as a great asset. The shared success is based upon their high degree of commitment. The human resources policy of the Eckelmann Group contributes by offering each employee the opportunity of professional and personal development. The free exchange of opinions, criticism and ideas is encouraged. In its sphere if influence, the Eckelmann Group complies with the principles of human rights and explicitly rejects any form of child labour and forced labour.

If in doubt, please consult the equal opportunities officer.

Handling of information and the protection of company property

All employees of the Eckelmann Group are obligated to ensure a quick and smooth exchange of information within the company. Information is to be properly and completely passed on to the departments concerned, unless there are priority interests, specifically due to confidentiality obligations in exceptional cases. It is not permissible to wrongfully withhold, falsify or selectively pass on relevant knowledge.Prior to the transfer of sensitive data / knowledge to service partners and vicarious agents, this must be safeguarded by means of contractual provisions.

A major part of the business information of the Eckelmann Group is confidential or legally protected, and therefore an obligation of confidentiality exist. This does not apply if a publication of the information has been authorised by the Eckelmann Group or is mandatory based on laws or regulations.The confidentiality obligation particularly relates to intellectual property. This includes business secrets, patents, brands and copyrights as well as business and marketing plans, drafts, business papers, payroll data and all other unpublished financial data and reports.All personal information about employees, customers, business partners and suppliers as well as other third parties will be used with care in the Eckelmann Group and treated as confidential, subject to full compliance with the data protection laws. The protection of this information must be implemented with the greatest care.

The rules contained in this Code of Conduct form the core of the Eckelmann Group’s corporate culture. The uniform observance of these principles is essential and is expected by the Eckelmann Group. Every employee is responsible for this.If an employee should have a concern or objection regarding the points contained in this Code of Conduct or has knowledge about a possible breach of these, then he/she should present this to his/her superior for clarification. This can be done anonymously or in a manner respecting confidentiality. If an employee is not satisfied by the clarification, then the concern or objection can not only be brought to the attention of the supervisor but also to the human resources department or the previously designated officers (such as the equal opportunities officers). The Eckelmann Group does not allow reprisals based on complaints that are brought forward in good conscience within the context of this Code of Conduct.